In the 1950s, former inmates of Paviak Prison campaigned to create a place of remembrance of suffering and martyrdom. Freedom fighters from the Russian imperial period and the National Socialist occupation period were imprisoned in Paviak.

For booking and further details please click the box below

The museum is located within the borders of the former Jewish Ghetto.

The ticket is valid for 7 days.

There is no online booking system in this museum.

Life and suffering in Pawiak prison

Why do we conditionally recommend this museum?

The theme of the museum is very specific and not riddled with positive sentiments. Of course, we strive to keep alive the memory of World War II and the sufferings associated with it. But we talk enough about war, destruction and destructive irrationality as it is.

So the museum should serve as a supplement for those who want to deal with the subject matter in more detail.

The dead tree in front of the entrance to the museum is a symbol of the victory of love over hate. When the prison was blown up in 1945, it was a state elm tree, the last witness to the suffering that took place here thousands of times over. Family members of the inmates slapped nameplates on the tree trunk in remembrance. In 1984, the tree unfortunately died of disease. For another 11 years, the elm was impregnated and fixed, the crown was cut back so that only the tree trunk and some protruding twigs remained. This form was cast in bronze in 2004. 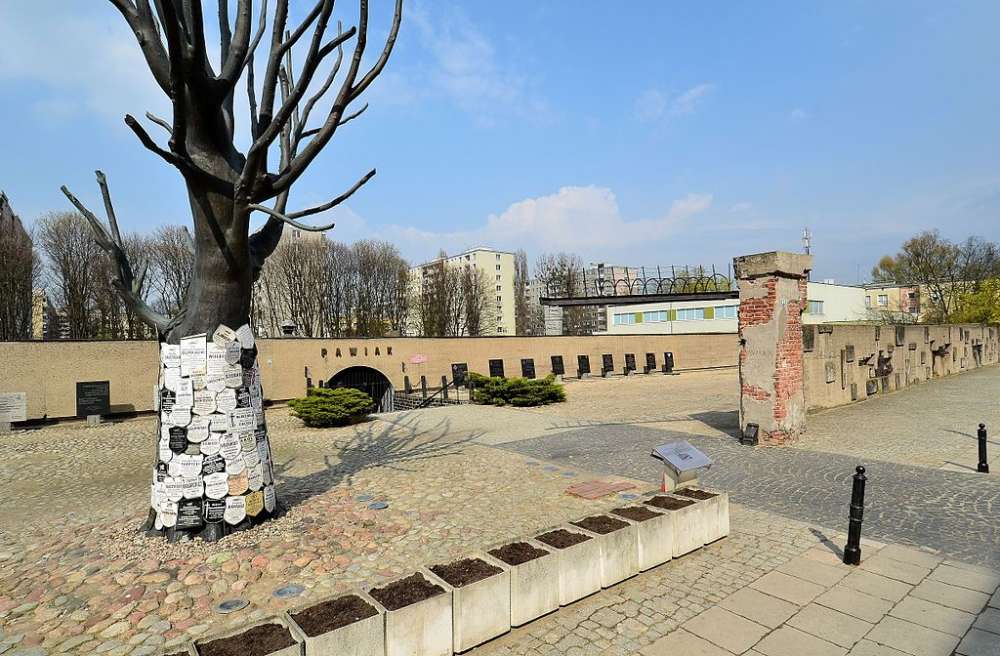 The museum is barrier-free.