The monument looks very similar to Marcus Aurelius in Rome. So do not be disappointed to see Jozef Poniatowski, who lived barely 15 centuries later.

This is a touristic overview of the Poniatowski monument. For a detailed description, please click on the box below.

yes | Royal Route | in front of the Presidential Palace

Brief description of the monument

Although Jozef Poniatowski’s equestrian statue was completed as early as 1826, it was not erected in Warsaw until 1923. And then it was still not the last stage. After its destruction in 1944, it was first erected in a new guise in Lazienki Park, and only in 1964 did it come to rest in peace at its destination and serve as a background decoration for photographs.

Nearby attractions | up to 500m 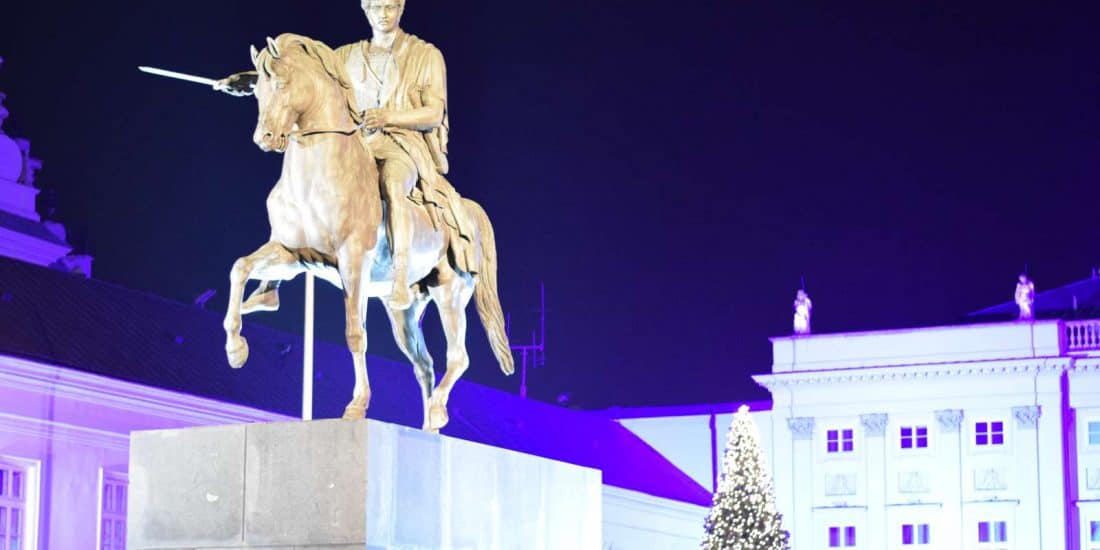