Poland’s greatest national poet may never have been in Warsaw, but he deserves a monument in the Polish capital.

This is a touristic overview of the monument. For a detailed description please click the button below.

The monument stands in the middle of the Warsaw Royal Route, for which we have prepared a separate overview.

Standing statue on a pedestal surrounded by a decorated steel fence

In summer, this section of the Royal Route is closed to heavy traffic. We are firmly convinced that sooner or later you will walk past this monument.
Public transport | The overview

Adam Mickiewicz is the greatest of all Polish poets. He was born in Lithuania and is also revered in Belarus and the Ukraine. We like to call him the Polish Goethe!

This monument is the only one in the whole 19th century which was approved by the Russian administration in St. Petersburg. It was supposed to be smaller than a statue of the Russian general standing a little further away. And such plans were sent by the Polish architects to the Russian officials. But the plans did not show any stairs, which can still be seen today. This meant that Adam was higher in the end. By the time the Russians realised this, however, it was already too late. 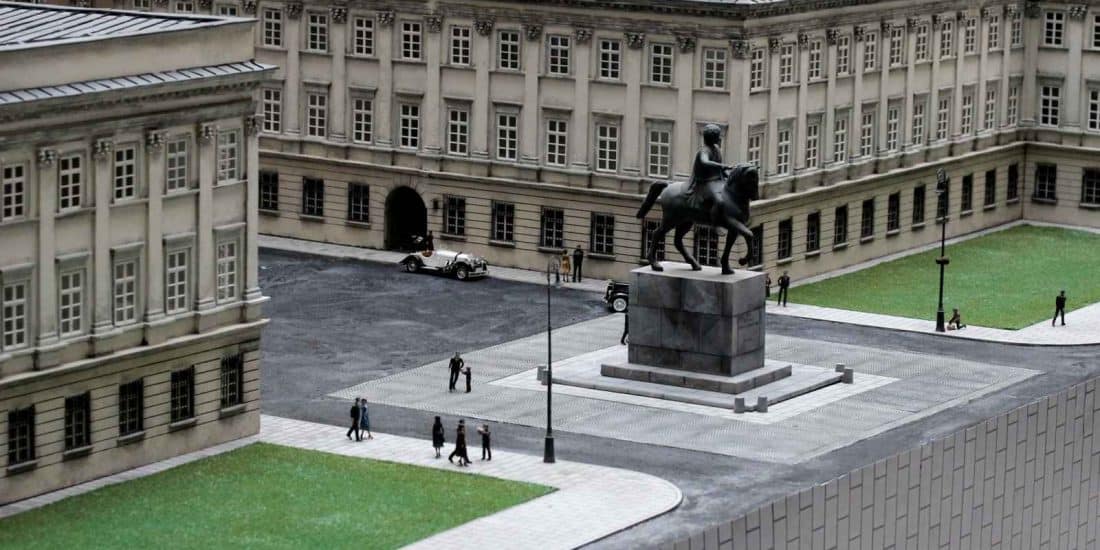